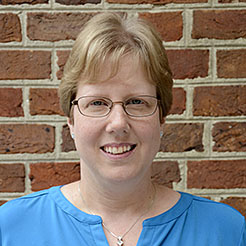 Marla has served as Executive Assistant and Operations Coordinator for the St. Joseph Community Health Foundation since 2010. She is responsible for helping to manage relationships with the Foundation’s many community partners and grantee as well as its Board of Directors and sponsor, the Poor Handmaids of Jesus Christ. She is viewed at the Foundation’s “Swiss Army Knife” in that she seems to be able to organize all things for the Foundation team.

Before joining the Foundation staff, Marla worked at the Fort Wayne YWCA for 20 years and was their Grantwriter and Coordinator for her last 11 years there. She holds an Associate’s degree of Applied Science. Marla has been married since 1992.